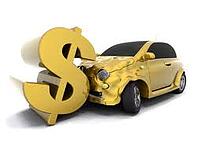 In a recent nationwide survey, industry experts have revealed some intriguing statistics about what Americans think might increase safety on our roads.  The majority of us think that the teen demographic poses the most danger on the road.  As a result, 60 percent of road users support a national law that would set the minimum standards for a graduated driver’s licensing program, which would hopefully also have an impact on car insurance premiums. Here are a few more findings from the survey:

Those numbers are resounding, aren’t they?  While this survey was taken nationwide, it’s reasonable to extrapolate that California residents might think the same way.  For instance, it is commonly known that teens and young adults compose the majority of people who have been in or caused wrecks due to “distracted driving,” usually texting while driving.  In a recent study by the National Highway Traffic Safety Administration, it was found that texting or using smartphones while driving is now the number one cause of accidents in the U.S.  Likewise, in California authorities say “distracted driving” is now the top cause of wrecks.

Evidence of poor driving is mounting against teens. In a recent report from the Connecticut DMV, it shows that since they enacted more stringent teen driving laws in August, 2008, there has been a remarkable decline in traffic accidents within that age group. The number of teen-related driving offense convictions has also decreased.

There is currently legislation being considered in Congress called the STANDUP Act, which stands for “Safe Teen and Novice Driver Uniform Protection”.  It is already a component of the Motor Vehicle and Highway Safety Improvement Act (MVHSIA) of 2011.  If these new laws are passed, it could have quite a positive impact on California car insurance rates.

We will be keeping our eyes on this developing car insurance story, and hopefully will have some good news to report soon.