Are You Smart with Your Smartphone? 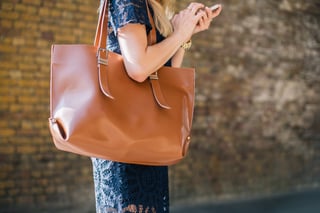 A Dallas insurance professional was recently mugged in broad daylight at a Dallas Area Rapid Transit station. As he was checking his iPhone for messages, two teenagers ran up to him, grabbed his brand-new phone, knocked him over, and sprinted away. He had 12 stitches on his face and 7 on his arm. His knee was also severely bruised. A Dallas police officer told him that they field 2-3 incidents like this per day.

A 48-year-old Dallas woman was looking at her cell phone as she began to cross the street a couple of months ago. She was fatally struck by a motor vehicle, with two witnesses stating that she failed to look for oncoming traffic before stepping into the intersection.

The driver of a Tennessee school bus that crashed last December, resulting in the death of two students and a teacher's aide, was reportedly receiving and sending texts just before the accident. The US Department of Transportation reports that cell phones are involved in 1.6 million auto crashes each year, causing hundreds of thousands of injuries and costing 6,000 lives.

With these unfortunate situations in mind, here are some cell phone safety tips to remember and share with others.

Get more personal lines insurance and risk management tips and ideas from IRMI.