Turn on the news just about any day of any month and it is becoming clearer that weather patterns are getting more and more unpredictable. Temperature extremes are becoming the norm, storms seem to be getting stronger and any place can become a flood disaster area at any time. Buying flood insurance can provide protection and peace of mind. Flooding is one of the most common natural hazards in the United States.

Just because you don't live in a high-risk flood plain doesn't mean that you don't need to prepare for the possibility of flood damage. You may be experiencing a drought today, but tomorrow could bring rain, a quick snow melt or a water main break in your neighborhood, and you could be dealing with a flood. The Federal Emergency Management Agency (FEMA) reports that flooding will cause several billion dollars of property damage in the United States every year.

Here are some common myths about flood insurance and the facts that debunk them.

Myth 2: You can't buy flood insurance if you are located in a high-flood-risk area, or by the ocean.
FACT: You can buy National Flood Insurance no matter where you live, as long as your community participates in the NFIP. The NFIP was created in 1968 to make federally backed flood insurance available to property owners, renters, and businesses in eligible communities.

Myth 3: If you live in a low-flood-risk area, you don't need flood insurance.
FACT: All areas are susceptible to flooding, although to varying degrees. If you live in a low-to-moderate flood risk area, it is advisable to have flood insurance. Between 20 and 25 percent of the NFIP's claims come from outside high-flood-risk areas. Residential and commercial property owners located in low-to-moderate risk areas should ask their agents if they are eligible for the Preferred Risk Policy, which provides very inexpensive flood insurance protection and starts at as little as $129 per year.

Myth 5: Homeowners insurance policies cover flooding.
FACT: Unfortunately, many home and business owners do not find out until it is too late that their homeowners and business insurance policies do not cover flooding. The NFIP offers a separate policy that protects the single most important financial asset, which for most people is their home or business. Homeowners can include contents coverage in their NFIP policy. Residential and commercial renters can purchase flood insurance coverage for their buildings and contents/inventory and, by doing so, protect their livelihood.

Myth 7: You can't buy flood insurance immediately before or during a flood.
FACT: You can purchase National Flood Insurance at any time. There is usually a 30-day waiting period after you buy flood insurance before the policy is effective.    The policy does not cover a loss in progress, which is defined as a loss occurring as of midnight on the first day your policy goes into effect.

Myth 8: The NFIP does not offer basement coverage.
FACT: While basement improvements such as finished walls and floors, and personal belongings in a basement are not covered by flood insurance, structural elements and essential equipment within a basement are. The following items are covered under building coverage, as long as they are connected to a power source, if required, and installed in their functioning location:

Myth 9: Flood insurance will blow my budget.
FACT: Low-risk flood plain areas have a lower chance of flooding and, therefore, require lower premiums. Some policies can start as low as $112 per year. In fact, according to FEMA, the average cost for flood insurance across the country in 2010 was around $600, but the average total paid claim over the last five years was nearly $34,000.

MYTH 10: The NFIP does not cover flooding from hurricanes, the overflow of rivers or tidal waters.
FACT: The NFIP defines covered flooding as a general and temporary condition during which the surface of normally dry land is partially or completely inundated. Two properties in the area or two or more acres must be affected. Flooding can be caused by: 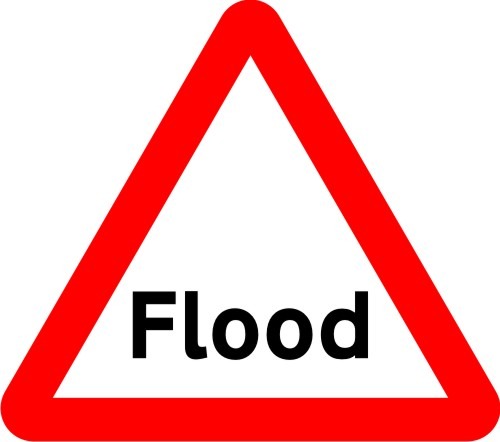